Below is news about an exhibit I've been helping to bring to Richmond. The images that appear will be in the exhibit, but I don't have the artists' names at the moment.

Artists in Exile will showcase the work of 20 Iraqi refugee artists living in Syria.  All are professionally trained artists from Iraq (mostly from Baghdad) who had to flee their country because of the pervasive violence following the U.S. invasion in spring 2003.  The exhibit was organized by Common Humanity, a New York-based not-for-profit organization.

One of the featured artists, Ahmad AlKharkhi, will join us for the opening on March 5. By way of introduction, here is a short piece by NPR reporter Susan Stamberg which recently was broadcast on Morning Edition about Mr. AlKharkhi.

Without rights to formal employment, these artists -- along with some 1 million fellow Iraqis who fled to Syria -- are forced to eke out a marginal existence with the help of limited aid from international relief agencies, family members, and occasional work at minimal wages.

Each painting in the exhibit has been purchased directly from the Iraqi artist by Common Humanity. The sale of the paintings will help enable Common Humanity to repeat this process and therefore to continue contributing to the livelihood of these courageous refugee artists and their families. The paintings will be sold by silent auction with bids from the Gallery5 exhibit carried through to a second and final exhibit in New York which will end in late April. A box of 20 blank notecards featuring other paintings by artists in the exhibit will be on sale at Gallery5 for $20.

This unique exhibit is an opportunity to not only showcase 22 paintings by Iraqi refugee artists, but also to help bring attention to the vast needs of the nearly 2 million Iraqi refugees who have fled to neighboring countries with the majority in Syria. Another 2 million Iraqis have fled their homes inside Iraq.

Mel Lehman, Director of Common Humanity who traveled to Damascus to obtain the paintings, said, “Visitors to this exhibit will get a rare chance to see something of the heart and soul of several of the 1.5 million Iraqi refugees in Syria who have been largely forgotten by us. This exhibit presents a unique opportunity to see Middle East artists who were influenced both by their study of modern Western art in school and also by the U.S. invasion of their homeland.”
Common Humanity seeks to build friendship, understanding and respect between the United States and the Arab and Muslim world.  Common Humanity believe that the road to peace in these dangerous times is by moving past the stereotypes that separate us and by making efforts to gain deeper understanding of the common humanity shared by Americans with all of the people in the Middle East.  Art is one such way to do this. In addition to organizing these art exhibits, Common Humanity also organizes an annual medical exchange to Syria by bringing doctors of various specialties to give lectures to Syrian counterparts.

For more about the work of Common Humanity visit our website at www.CommonHumanity.org. Common Humanity is one of only a handful of U.S. agencies which have direct involvement in Syria.
Common Humanity wishes to thank the United Nations High Commissioner for Refugees Damascus office for its help in introducing it to the Iraqi refugee artists.
Posted by Angela at 9:55 AM 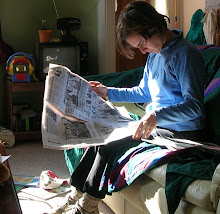